I inherited a lot of my grandmother’s photos some time ago.  Many of them were from when she was a little girl. In one of these photos she is wearing a knitted sweater dress and her worn out black leather shoes. This particular photo is special because of the story it tells…

I was told that my grandmother took a trip with her parents back to their homeland Italy. While they were there my grandmother became ill with typhoid fever. They searched for a doctor to help, but they were unsuccessful.

As they searched, someone told them of a village “witch doctor” that could help.  Desperate, they headed to his home. With his supplies he mixed up a salve and applied it to my grandmothers body. A few days later her fever broke and she was on the mend.

If it had not been for him, there is no telling whether she would have survived or not.  I am so fortunate that she survived and lived a full life. Because of this I am here today to tell this story….

What is Your Story?

What is Your Story?

Your story can be about anything you choose it to be.

These are the images that can be preserved inside of a special piece of jewelry or art that can become an heirloom to pass down for years to come. 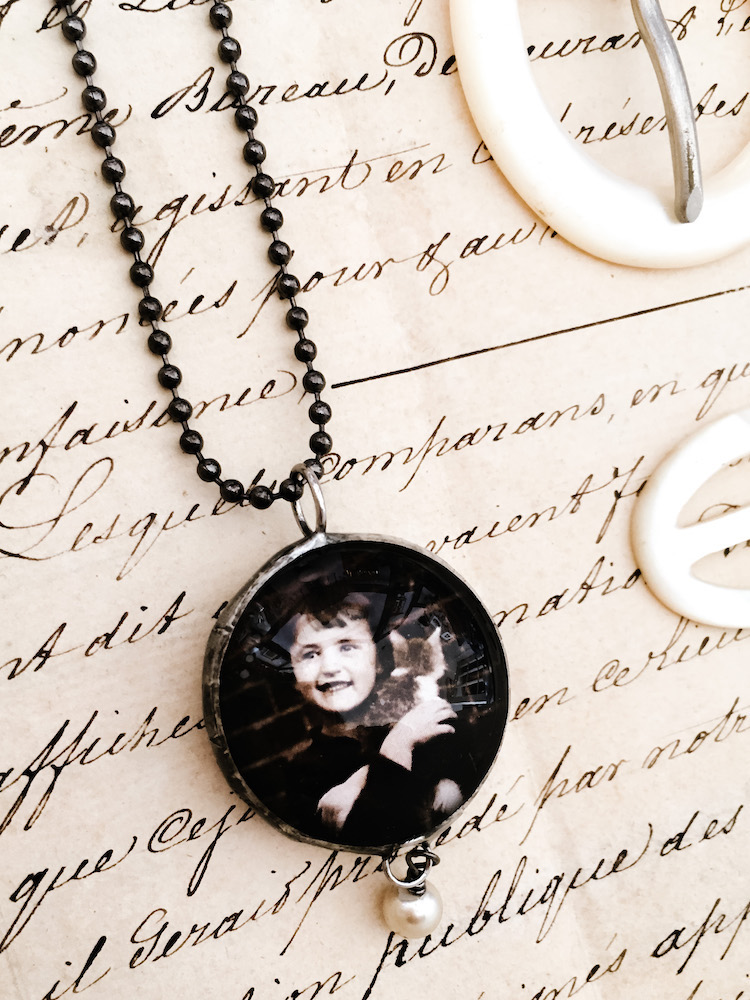 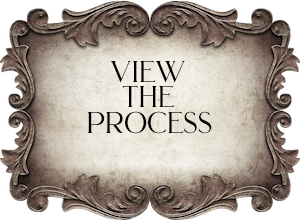 I just wanted to say thank you and Merry Christmas.  Last night I gave my sister her necklace in my dad’s house. He was with us in spirit. You have given three of us amazing gifts that will forever touch our hearts. Please never stop doing what you do.

My mom had a special necklace made for me…secretly in cahoots with Lori Roberts. The tears were real and now I have another permanent piece of my father with me forever in this necklace.

First Christmas without my dad - made easier with a special gift like this from my sister.

I had Rochelle create a beautiful and very personal necklace for my mother that included inserting a photo of her mother (my Oma).  It is now an exquisite piece of jewelry and will be cherished in our family for generations to come.

I can’t say enough about the beautiful quality and unique jewelry that Rochelle makes.  I have a number of pieces from her and one of my all time favourites was a necklace of a vintage picture of a wren bird under glass that I had her make for my daughter’s first born child who she named Wren.

Rochelle is great! I wanted to give my Mom something special for her birthday and that’s where Rochelle came in. Rochelle was able to take my parents wedding photo and make a beautiful custom bracelet.That bracelet is something that my mom still cherishes and wears today, and I’m so happy I went to Rochelle for her creative work! 11/10 recommend!

I asked Rochelle to customize a bracelet for me & it turned out better than I imagined. I regard this valuable piece as a family heirloom & I will be passing  it down in the family in the future.  Rochelle is extremely talented & perfectly understood my vision for this piece.

I had seen some of the beautiful heritage style necklaces Rochelle had made and immediately I knew I needed to get one of my parents, for my sister who is the sentimental ancestry person in the family.   I brought the photo I wanted her to use and she made the most gorgeous necklace ever!  I mailed it to my sister and when she opened it up she burst into tears!   Perfect gift!!  Thanks for your beautiful designs!!

A few years ago for my sisters big 40th birthday, I decided to get her a keepsake that she could enjoy for years to come. In the meantime a friend of mine had introduced me to Rochelle’s amazing line of custom fabulous jewelry. I knew she was the one I could entrust to make the perfect gift for my sister. I had a wonderful picture of the two of us when we were little girls and Rochelle transformed it into the best birthday necklace ever! Honestly, I couldn’t have asked for a better gift! My sister loved it and still wears it everyday. Thank you Rochelle.
DARBY TRUDEAU